How To Plan & Write Novels and Movie Scripts 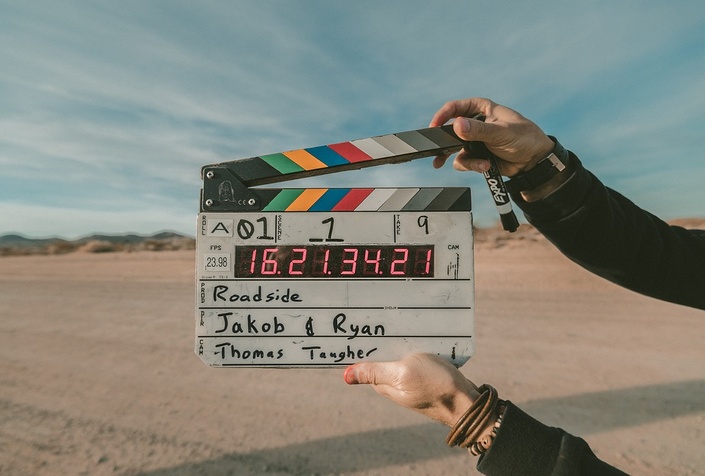 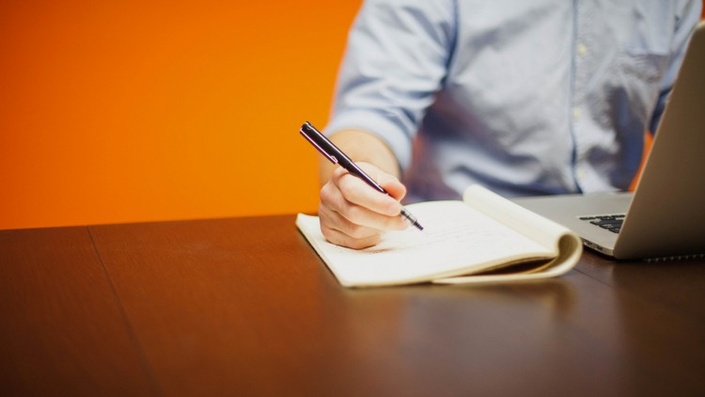 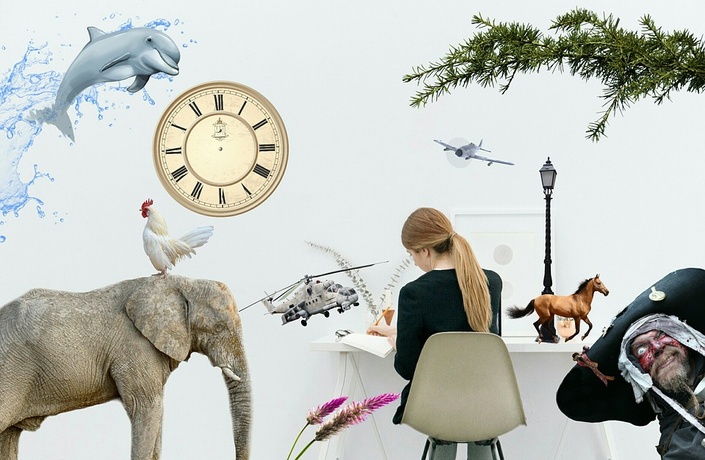 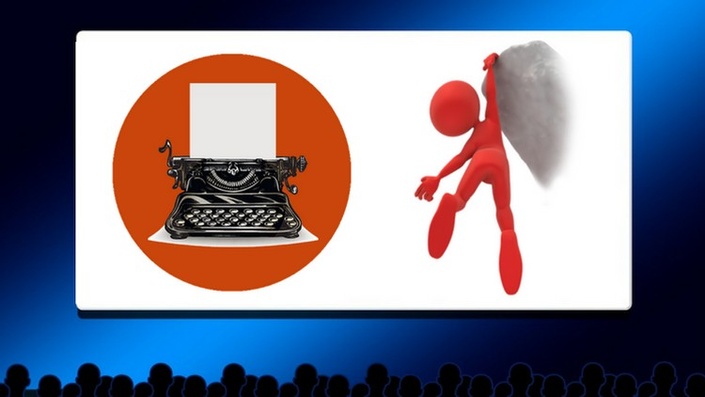 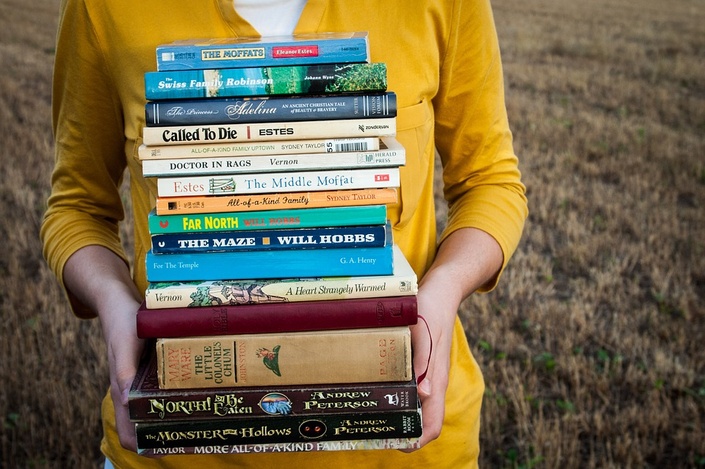 How To Make A Movie - From Screenplay To Action

I'm excited to spend the next 15 episodes with you exploring film production, how movies actually get made. We'll talk about all those great jobs that are listed in the credits and how movies take a huge amount of collaboration, whether you have a crew of tens or thousands.

We'll go behind the scenes to see how movies are planned, shot and edited, and take a peek at all of the equipment involved. We'll learn how films are marketed and distributed, whether they go to movie theaters or straight to your home.

Before we get anywhere near lights, camera, action, we need to start with a road map that gives everyone in the cast and crew the directions they need to make a film. It's time to talk about the screenplay.

We'll be learning about how the vast majority of narrative fiction films get made and to do that we need to start with screenplay. A screenplay is a written version of a movie. Think of it as a blueprint. It's not the final product it's a set of plans to guide the team of artists, craftspeople and engineers as they produce a film.

Every screenplay is formatted with three basic elements - slug lines, action and dialogue. Each new scene begins with a new slug line. It's written in all capital letters and acts as a code to convey information to the crew.

The location Scout needs to find somewhere to film the scene. The production designer alters location to make it fit the world of the film and cinematographer decides how to light it. But before any of that happens the line producer uses the location to help figure out how much the film is going to cost.

The same goes for the last word in the slug line, which describes when the scene takes place, usually either day or night. Besides giving information to the crew. this can affect the cost of the movie, partially because shooting at night is more expensive. 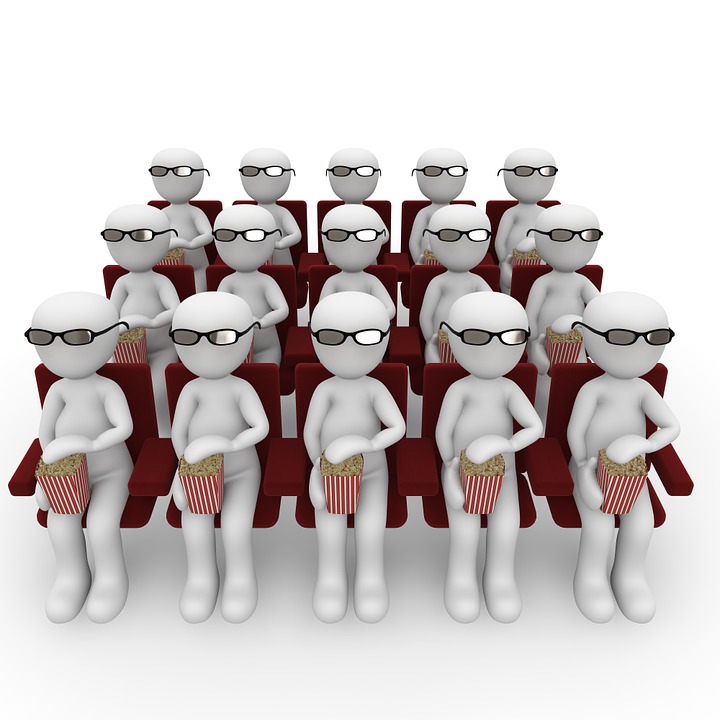 After the slug line comes the action. These are short assertive sentences that describe who's in the scene and what they're doing. Since you watch a movie unfold over time, the action is written in present tense. So instead of writing 'Iron Man flew across the sky'. you'd write 'Iron men flies across the sky'.

The action is also limited to what the audience can see. In a novel you can describe what a character is thinking and feeling, something like 'Luke Skywalker feels miserable'. In the screenplay you'd have to write an action to show us how he feels, like 'Luke Skywalker hangs his head and wipes away a tear'.

There are a lot of guidelines and tricks to writing action lines but the most important rule is 'show don't tell'. Remember that this is where the thoughts, feelings and themes of the screenplay are turned into actions you can see.

Dialogue Is The Life-Blood Of Most Feature Films

The final piece of the screenplay is the dialogue. These are the words spoken by the characters. Feature-length screenplays are usually between ninety, and a hundred and twenty pages and each page typically becomes about a minute of the final film. This is more of an average than a hard rule by the way.

Some dialogue heavy pages will likely be shorter than a minute, while some pages with lots of action may end up longer, once the film is shot and edited. Now, some stories are better suited to the screen than others. Different media have different strengths, so what makes a good graphic-novel won't necessarily make a good movie.

A film creates an immersive visual world, that illusion of reality we keep talking about, and within that world it can tell a story packed with complex emotions and ideas. Movies tend to focus on three main things:

Think about a heist movie. Maybe a master criminal wants to steal the world's biggest diamond but finds herself facing off against a rival thief. Or a romantic comedy, where the awkward but lovable introvert wants to date their outgoing neighbour, but is afraid to leave the comfort of his own routine.

Protagonist, goal, obstacle - these are the building blocks of a screen story, and it's from these that everything else emerges, like setting, character, theme and tone. Now, the protagonist doesn't necessarily have to be the story's hero. Films are full of anti heroes like Travis Bickle and Taxi Driver.

Or accidental villains, like William H Macy's character in Fargo. Usually a movie's protagonist will grow or change in some way in pursuit of their goal. The master criminal might learn humility as she attempts to steal the diamond, or maybe the introvert overcomes the social anxiety to befriend his love interest.

But the most important thing for the screenwriter is finding ways to make all of this come across visually. One way to do that is by following what's known as the Hero's Journey. This is a template for character development that was popularized by American mythologist Joseph Campbell.

By looking at myths from cultures all over the world, Campbell identified 12 common steps taken by main characters as they transform over the course of the story. These ranged from resisting the call to adventure and meeting their mentor, to facing their biggest fear and surviving the final ordeal.

Armed with everything they've learned along the way, the Hero's Journey was famously used by George Lucas when writing Luke Skywalker's journey from Tatooine farm kid to Jedi Knight. Some screenwriters love it, while others think it's a stale, overused formula, but if you're looking to write your first screenplay it's not a bad place to start.

Once you have some characters and plot points, you need to throw some conflict into the mix. Conflict moves a story forward and helps us identify with the protagonist as they're struggling against their obstacles and screenplays can have different kinds of conflict.

External conflict occurs whenever the protagonist encounters physical obstacles. Take the first Lord of the Rings film 'the Fellowship of the Ring'. Our protagonist Frodo has a goal - destroy the One Ring in the fires of mountain.

No problem, right? Except in order to get to Mount Doom he has to travel across the known world, avoid an endless army of Orcs and monsters ,and out with the powerful fiery eye that's always searching for him.

Not to mention he's the shortest guy in the movie and they make him walk barefoot the whole way. On the other hand, internal conflict is when the protagonist wrestles with some emotional or psychological obstacle. For Frodo that could be his ignorance of the wider world, a lack of faith in himself, or even his jealousy and selfishness.

Usually, the more conflict the protagonist faces, the more they transform to overcome it but that doesn't mean the fate of the world has to be at stake in every single screenplay. The writer should scale the conflict to fit the kind of story they're telling.

Aristotle and The 3 Act Structure

Once you have some ideas for the story you want to tell how are you supposed to organize them all. Screen writers often use something called 'three-act structure', which is based on theories by ancient Greek philosopher Aristotle, for more than 2,000 years ago.

The idea is simple - that every story has a beginning. middle and end. and that certain kinds of events happen in each section. Act one sets up the world of the screenplay, introducing us to the characters and identifying the protagonists and their goal. 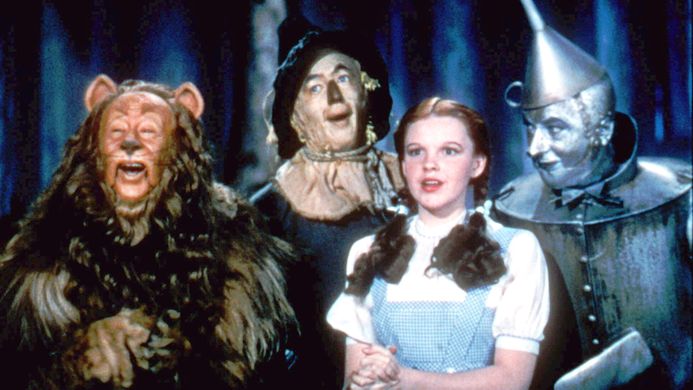 In The Wizard of Oz most of Act one takes place in Kansas. It's the black and white part. We get external conflicts between Dorothy and that mean old lady down the street, as well as auntie Ann. We also learned that Dorothy is unsatisfied with her life and dreams of something more exciting, somewhere over the rainbow.

Once she's transported to Oz she meets her antagonist, the Wicked Witch of the West, and we learned that her goal is to find the Wizard so she can go home. In Act 2 the protagonist faces increasingly difficult conflicts as they pursue their goal. The allies encounter successes and setbacks and are often brought to a point of hopelessness.

For Dorothy this is when the wizard refuses to take her home unless she can defeat the Wicked Witch. To get what she wants, she'll have to face her fears and do the seemingly impossible. Finally, Act 3 contains the climax of the film. There's usually some epic face-off between the protagonist and antagonist, the person who most directly opposes them.

That confrontation usually decides whether or not the protagonist achieves their goal, and in most Hollywood screenplays, they do. Dorothy gets back to Kansas. Luke Skywalker blows up the Death Star. Simba defeats Scar and restores the circle of life to the pride lands. But the guidelines of the three act structure are just that - guidelines.

Foreign and independent movies can have more ambiguous endings, from the open-ended final shots of the Wrestler or Birdman, to the heartbreak of Brokeback Mountain or the death of Mr. Lazar. Rescue films like Mash, Traffic or Magnolia, split their stories up among different protagonists, while movies like Pulp Fiction and Mementos scramble time, telling their stories out of order. \

Films like Mulholland Drive, or Man with a Movie Camera seemed to reject the three-act structure altogether. Remember, screenplays are one part of a longer process. They're a blueprint, whether they follow more traditional rules or invent their own the clear concise visual language.

A screenplay provides the foundation for all the work that is to come.